A story written by his mother, Linda Pearson

If you have ever heard that the first two years of a baby’s life determines his personality – well, believe it. We lived in Pottsboro for the first two years of Gregg’s life. Needless to say, Gregg was a lover of the small town, slow pace of life, his entire life! He was the center of attention of the family for five years, before he prayed for a little sister and lo and behold, Leslie arrived. His role was always the “big brother,” always very dependable and trusting. He always knew what the right thing to do would be and he did it. Never had a problem with discipline with Gregg – he could of easily been the parent of all of us. He was a man of few words, but always spoke with kindness and compassion for others. He was just Gregg and very comfortable being himself with nothing to prove to anyone. Everyone always liked Gregg and respected him. He loved sports and played soccer, baseball, and football at an early age. Then, of course, in high school, he turned to golf and was quite a natural at the sport. He just never wanted to pursue it in college. 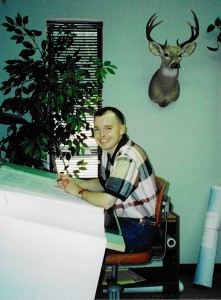 At the age of 10, his little brother, Stacey, came along and Gregg just delighted in him. He wanted Stacey to be the athlete of the family and so, spent many hours with him on the baseball field. He was Stacey’s biggest fan.

Gregg was gifted in many ways – he was a leader in a very laid back – quiet, reserved manner. He was very spiritual and a wonderful role model. He always had many friends – never dated too much – just enjoyed being with all his friends (the girls and the guys). He went to ACU in the summer of 1985 and he seemed to truly blossom. He really made the most of his college years, loving every minute and making life-long friends. He returned home after graduation in 1989 and began working in the family business.

After he had been back home for about three years (March, 1992) he began to experience small seizures when he would be playing basketball – this went on for a few weeks until he had one at the office one day and just scared us to death. We went immediately to Baylor Hospital and they began to run a battery of tests to determine what was going on with him. Gregg had always been in good health, even as a child, he was never sick. So, the diagnosis came in – Brain Tumor. We went to M.D. Anderson Hospital in Houston to get a second opinion and they unfortunately, concurred the same diagnosis. Needless to say, our life as we once knew it – changed forever.

At that time, they did a biopsy to determine that the tumor was located in an area that was wrapped around his motor skills, speech, and also the area that controlled his mobility. They all agreed that it was an inoperable, slow growing tumor and they plotted the course to begin chemo and radiation. Gregg had over eleven years of treatments of varying kinds – many types of chemo. They were able to control the seizures with medication most of the time, but his main desire was to be able to drive. He finally had to give that up after a bad accident that the Lord was completely in control and protected Gregg from getting hurt. His pride – the pickup truck – was totaled, but Gregg did not even get a scratch. 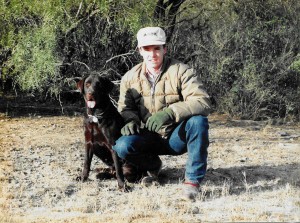 In 2000, he had transferred all his treatments to UTSWMD in Dallas, and with new technology they attempted to operate on his brain. He went thru some unbelievable testing and mapping of his brain functions in the hospital for about two weeks before they actually did the operation. They were unable to extract all of it – only about 2/3. This was an extremely difficult time for Gregg – but, he as always, was quite the trouper, steady and determined to try everything. He came through the surgery remarkably, but with not much success. His quality of life went downhill after that. He began to have difficulty in walking and with his speech.

After a short hospital stint in late 2002, we were sent home with hospice. Our loving God called Gregg home on Easter Sunday, April 20, 2003.

He was such an inspiration to all of us throughout his entire illness. He kept all of us up, never gave up himself, always had a smile and never complained about the pain or the medication he took. He loved God, his family and all his many friends. He was such a wonderful example to everyone. He had an infectious smile that lives on in our memories.

Gregg was my best friend and a true inspiration to me. Gregg lived his life the way each of us should live. If you knew Gregg – you loved Gregg. I will miss you, buddy.

One of the greatest privileges in my life is to have known and been known by Gregg Pearson. I say ‘been known,’ because to be a friend of Gregg’s is to have unconditional love from someone that would do anything to meet any need at any time. God has blessed me with many memories with Gregg and experiences that continue to shape my life. Just being with Gregg was an encouragement to me. Gregg couched his life as an imitator of Christ and that flowed into everything he did. Praise God for Gregg’s influence and example in every phase of his life as they have shown me what it is to be thankful in all things! Gregg was a simple and true friend… I will miss him greatly.

There is not a person with a more gentle and kind spirit than that of Gregg. He is the embodiment of true friendship and unconditional love.

When I think of Gregg, I think of someone who truly knew how to love and serve others. He always saw others as more important than himself and tried to help in any way he could. He had such an easy way about him that made everyone he met feel comfortable. I loved his laugh that always revealed such a kind heart. Thank you God for letting me know a true servant of yours. My life has been blessed to have Gregg as my friend. I love you Gregg.

Gregg was the ‘tenderness of God’ personified. He reminds me of Jesus in a pair of starched Wrangler jeans and Roper boots! The way he smiles at you, you couldn’t help but love him, but he made you want to love others as well. Gregg was extraordinarily selfless, kind, compassionate, faithful, funny, courageous, and the most precious friend. When I think of all that Gregg went through in his life, I agree with Hebrews 11:38, ‘This world was not worthy of him.’ Gregg you are my hero! Thank you for gracing my life! I love you!